A friend told me that last night Rachel Maddow described a totally new political order, focused on business rather than diplomacy. I had been planning to write about some-thing similar, so I was curious to hear what Maddow said.
It turns out that she was really distorting President Putin’s take on how world affairs should be conducted.  As I’ve written before, Putin favors power centers around the main players, such as the US, China and Russia, with Brazil in Latin America and South Africa for at least part of the dark continent.  Unfortunately, in Maddow’s telling, this became: “We believed there was a community of nations, we championed the international order where people play by rules which are in our interest (and the world’s interest).”   We’re not a community of Nations, we’re a bunch of competing agendas.”
Diplomacy has always been about business interests.  The difference now is that this agenda is out in the open, whereas during the twentieth century, it was wrapped in lofty-sounding words. When you appoint the former head of a major oil company as your Secretary of State, it’s not just because he has dealt with the Russian President, it’s because Donald Trump would like to get his hands on Russia’s mineral trove without subjecting the world to a nuclear war.
Getting back to Maddow’s obfuscation  — she’s really very good at hiding things behind cute tails about her staff’s reactions to events mixed with incomplete sentences — she cannot say that President Putin wants the world to be run collectively by the main regional powers, rather than by the US.  By not presenting that fact, which is spelled out in Putin’s speeches, she is not doing her fellow citizens a favor, because the failure of voters — and even the political class at large — to be aware of this, could lead to a nuclear holocaust.
The only reason why we should be glad we have Trump and not Hillary as President, is because the latter was channeling Dr. Strangelove.


But it’s a powerful one. 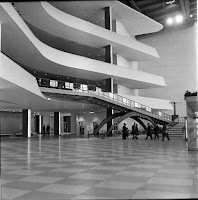 P.S. Rachel may have overstepped her remit by insinuating that there is something not right about the Special Proscutor Bob Mueller, being informed of the name of the eighth person present at Trump Jr.'s meeting with the Russian lawyer Natalia Veselnitskaya.  I'll bet she gets a slap on the wrist.