A Different Take on Abortion

In all historical periods, early abortion has been practiced with relative equanimity, while the killing of babies in the womb by marauding soldiers evokes horror.  Although incest and rape have long justified abortion, less weight is granted to the future mother’s ability to meet an infant’s needs. Fifty years after Roe v. Wade, abortion is once again being threatened, and there is a lack of clarity on how to defend it.

The means through which a fetus develops into a viable human flow neither from the will of God, nor fate, but from the phenomenon of self-organization. As biologist Stuart Kauffman tells us: “Life is a natural expression of a universe that is not in equilibrium, evolving toward a regime that is poised between order and chaos.” In everyday language, the casual mating of two individuals can set in train a process, which if not interrupted within a few months, leads to the development of a human able to survive outside the womb after about six months.

Although a woman has the same authority over the body through which she exists as over her beliefs, under our dualistic heritage, in which right and wrong are absolutes, kinetic rights are subjected governmental authority. For the rare cases in which a woman’s life is in greater danger from abortion than from a delivery, or in which it is discovered that the fetus would not be viable outside the womb, pregnancies may legally be interrupted. The same option should be available to women who realize, six months into a pregnancy, that they will be unable to meet the needs of the child once born. Yet, as if in punishment for her rejection of motherhood, she is made to carry a fetus to term for adoption.

The United States needs to separate abortion from religion, as the rest of the developed world does, defining it as a political issue, for which ethnical solutions must be found.

The same is true of the debate over capital punishment, which transforms freedom to think, which is absolute, into freedom to act, which is not. Although we are free to judge an individual, we are not entitled to extend opinion, or even certainty into an act that terminates life, without falling into the same category as a drunken driver or a virus.

In Human Rights as Idolatry and Politics, Michael Ignatieff properly notes that human rights are indispensable to protect individuals against unjust laws and orders. All people are entitled to justice, even though they may be dishonest, cowardly, or not necessarily deserving of our solicitude.

This brings us back to Kauffman, who, like many contemporary scientists sees a need for sacredness: “I hold the hope that the new sciences of complexity may help us find anew our place in the universe, that through this new science, we may recover our sense of worth, our sense of the sacred…. "life—complex, whole, emergent—is a natural outgrowth of the world in which we live.”

Kaufman reminds me of the monk Giordano Bruno, killed at the stake for questioning sixteenth century wisdom with these words:

Posted by Deena Stryker at 9:48 AM No comments:

I'm publishing three important articles following this notice: A 2020 election wish list, Christmas in Russia, by a friend from St. Petersberg, and an interview with Russian Foreign Minister, sergei Lavrov.  I hope you will read them.

I'm not sure whether I will to continue posting on Otherjones, since it is disruptive on thought processes to have to wait until my articles are published on New Eastern Outlook.

Another disincentive is the lack of feedback.  I would encourage readers to post comments, to which I will infallibly respond.

In any case, this site will remain as an archive, and my latest book, 'Tracking the Hegemon' a collection of my blogs from various sites starting in 2006, will soon appear via Createspace.

May 2019 not witness the nuclear holocaust Washington policy-makers believe the US could survive. 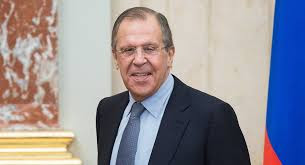