The US Media’s Sour Grapes:

It's absolutely amazing how the American media has responded to the first Putin- Trump meeting, given that it surpassed all positive expectations. They can't quite make their peace with the fact that they may not threaten each other anymore.  Before the meeting they sort of grudgingly admitted that after all these are the two biggest nuclear powers — in a sort of aside, implying that it would be better if they got along, but it was clear that this was not a heartfelt opinion —  and they were expecting the standoff to continue.

It's going to be very interesting to see how the US media continues to interpret the meeting between Trump and Putin, as well as the very violent clashes that took place during the G20 in Hamburg. MSNBC's reporter last night seemed to be pretending to cover a violent demonstration which we never actually saw, whereas today the RT correspondent did show the violence of those demonstrations. If you didn't see RT’s coverage you would just think that this demos weren't so bad, but if you did see it, you realize that either the American journalist didn't want to risk getting caught up in the violence, or there was a deliberate decision to play it down, since it is anti-capitalist violence.

I'm hoping that President Putin will give Donald Trump some advice on Healthcare, in particular how to set up a system that takes care of the poor and also makes money for the insurance companies and the pharmacies.  An American president cannot be seen taking advice from a mere European leader, but from the other superpower, maybe…(Both Russia and the EU countries appear to have moved toward a mixed system.)

I'm wondering what the American media will replace the story according to which the US can't do business with, or trust Russia. How are they going to walk back that long-standing narrative?

The decision to move forward, recognizing that there is some disagreement as to past history is going to make a lot of people in Washington very angry. But as for Donald Trump's base, he kept saying during the campaign that it would be a good thing if we could get along with Russia, mothers of draft age men will heave a sigh of relief.. It will be interesting to see how the stock market responds: will it keep going up as it has since Trump was elected, or will it freak out over the prospect of peace?

Apparently newcomers are always assigned a position on the edges of the group but apparently France’s new president, Macron didn't think Donald Trump should be left in that position.  He made a big fuss about Trump all during the meeting . And RT showed him leaving his assigned place for the photo to come and stand in the last outside position next to Donald Trump. Does this indicate the formation of a populist group of leaders? (In a recent piece James Petras challenged the designation of president Trump as a populist, but I think it's more complicated than he suggests. I don't know how many people would agree with his with his designation of Roosevelt as a populist….http://www.petras.lahaine.org.Anti-Populism: Ideology of the Ruling Class)

Surely no one can fail to notice that the progress made toward a ceasefire zone in Syria could only have come about with extensive pre-meeting consultations between the two governments. Will the US media recognize that Rex Tillerson is capable of using his business experience to further matters of State, noticing that both President Putin and President Trump like to get things done? If the US Congress drags its feet over approving the decisions made by the two presidents, they will look really bad. They might even be negatively compared to Putin's Duma, that does as it's told.

This afternoon at four o’clock MSNBC mentioned casually that President Trump’s scheduled press conference had been cancelled.  I wonder why? 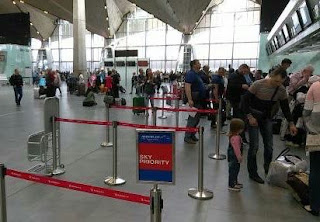