Libya, Syria, the EU and Russia: Follow the Energy

As President Trump was welcoming Saad Hariri, the Prime Minister of Lebanon, a tiny country borering Israel to the west, that is hosting thousands of Syrian refugees, the new young, energetic French President was stepping on Italian toes by holding meetings in Libya, Rome's April meeting having failed to move peace forward.
The Italians are furious at being upstaged by France, perhaps overlooking the fact that if Macron’s initiative succeeds, it could help stem the flow of migrants into Europe. Currently, Italy can only complain that France and Spain refuse to open their ports to the loaded boats, which continue to discharge their passengers in Sicily.
Although Europe has been unable to cooperate to stem the flow of migrants provoked by US policies in the Middle East and Africa, with the US adding insult to injury by trying to get the EU to impose new sanctions on Russia, its leader, Germany, has finally ceased to play the obedient vassal. According to its Foreign Minister, Sigmar Gabriel, US demands that the EU increase sanctions on Russia are aimed at making way for the US to ship its own gas to Europe via the Nordstream 2 pipeline.
Rather than actually punishing Russia for its supposed interference in the U.S. elections, he said, the new sanctions are aimed at sidelining Russian gas supplies to Europe.” Most importantly, he declared his “ardent support for a de-escalation of relations between Europe and Russia.”
“Why can we not dare to lay a new foundation for disarmament and arms control, instead of rushing into a giant arms race?” Gabriel asked, in an interview with the German magazine Focus, reminding its readers of Willy Brandt’s policies of detente  during the Cold War.  Gabriel wants sanctions to be lifted gradually, for each positive step toward implementing the Minsk Agreement, which would demonstrate that “movement towards peace pays off.”
He called for Europe take a more empathetic approach towards Russia and try to understand Moscow's position on a range of international issues. “Putin is disappointed with the West. The EU held association talks with Ukraine without discussing the issue with Russia.”
Further, the German Foreign Minister declared that US foreign policy should not be an “extension of economic policy.”
“It’s totally unacceptable to drive Russia further into the corner by hounding Russian gas companies out of Europe and forcing the Europeans to buy American gas,” referring to a recent US bill that threats to punish European companies that join in the construction of Nord Stream 2.
“Ask the French, Austrians or Dutch – they all want the pipeline to be successful, because Russia reliably provides gas at reasonable prices.”
Gabriel accused the US and European authorities of hypocrisy, saying that “It’s ok for Russian gas to flow through European-owned pipelines, bringing them income, but when it goes through a Russian pipeline, that’s a no-no.”
In Moscow, Gabriel said that it was “unacceptable when a bill demands that Europeans renounce Russian gas so that they can sell American gas at much higher prices.”
Repeated US wars failed to make Europe realize the consequences of its adhesion to the Atlantic Alliance.  When US policies negatively affect its industries, however, it realizes that it needs to take back its independence.
But that’s not all. Regarding the near collision of US and Russian planes in Syria, it’s important to bear in mind what William Engdahl wrote in Global Research in 2014:
“The US-backed wars in Ukraine and in Syria are but two fronts in the same strategic war to cripple Russia and China and to rupture any Eurasian counter-pole to a US-controlled New World Order. In each, control of energy pipelines, this time primarily of natural gas pipelines—from Russia to the EU via Ukraine, and from Iran and Syria to the EU via Syria—is the strategic goal. The US and Israel back ISIS as a pretext for bombing Assad’s vital grain silos and oil refineries, to cripple the economy in preparation for a “Ghaddafi-”style elimination of Russia, China and Iran-ally Bashar al-Assad.” 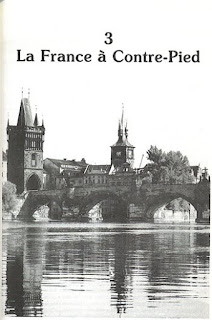