This morning Kellyanne Conway duked it out with a brash anchor on CNN about the way the American press covers Donald Trump, as an unprecedented media war against the president goes into overdrive.
What we’ve been seeing since the Trump-Putin meeting is a variation on The Boy Who Called Wolf.  Washington pundits have painted the Russian President as some sort of monster for so long that when their new Commander-in-Chief says he’s honored to meet him and goes on to have a two hour plus confab with him, they’re in the awkward position of having to continue their claims against him rather than admitting that it’s better to ‘move on’, so that the two countries don’t end up shooting themselves in the foot, taking the rest of the world with them.

They appear to believe that it’s more important to nab Putin on charges of intervention in ‘our democratic institutions’ than to save the world from a holocaust!
How did we get to this point?  Hearing the current discussions about whether the president’s son should be indicted for a meeting with an un-named Russian, it’s clear that America is all about Cops and Robbers.  “Investigating” has become a national sport, to the detriment of a common-sense appreciation for the survival of the human race.  If Americans had any knowledge of history one could imagine that they fear another ‘Munich’ — a mistaken belief in 1939 that Hitler would be ‘reasonable’ in his demands. But it’s more like the trauma of Pearl Harbor— or 9/11, both of which have wrongly been made to appear as unmerited aggressions. 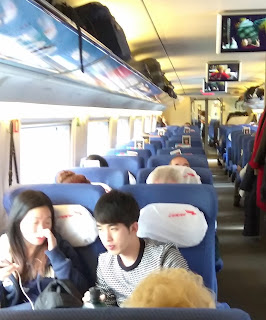 President Trump’s Democratic opponents are like dogs gnawing at a bone from which every shred of meat has vanished.  It has become more important to ‘arrest and convict’ the man elected in a ‘free and fair’ election (never mind if by a largely un-educated citizenry) than to pressure him to cooperate with the rest of the world to fight climate change.  In this environment, any ‘deal’ with a never-to-be-trusted Russian to power down our mutual nuclear capabilities would be viewed as a pipe dream.

We don’t ‘know’ that Putin has disappeared journalists, but on the strength of suspicions, (and in the absence of  conclusive ‘investigations’) America’s best and brightest want us forego the sane steps that would keep the world going.

They should read up on the history of World War II, in which the Soviet Union lost a fifth of its population, 26 million, to the US’s 500,000.  Maybe they could then begin to believe that the one thing Russia and its leaders are fanatic about is avoiding war.

Then again, that might seem strange to most Americans, who have grown up assuming that attacking other countries is normal.

The "Sapsan" high-speed Moscow-St. Petersburg
Posted by Deena Stryker at 6:29 AM