I knew I had speculated about this weeks ago, but yesterday had forgotten the key words 'out on a limb'.  This morning I remembered it:

MY TAKE ON TRUMP

I'm going out on a limb here, but as of two days ago, I'm beginning to think that Donald Trump will resign rather than be impeached or removed for incapacity under the 25th amendment.

It's hard to imagine him sitting down with Mueller.  With his volatile temper, I believe he will throw in the towel alleging that Washington cannot be reformed and that he is not going to allow the hard work of a lifetime in business to be thrown away for a 'basket of ungratefules'. 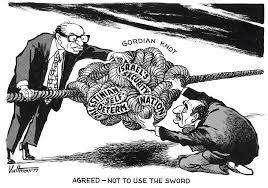 The 'inability' of both Democrats and Republicans -- each for their own reasons -- to get him out of the White House is just one more nail in the coffin of American Democracy. Imbued with 'litigationitis', by far and away the most often used method for settling disputes in this 'nation of laws', the American political class, obsessed with mathematical 'if...then' reasoning, has tied itself in Gordian knots. 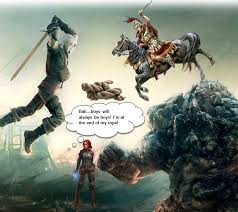 Gordian Knot: a problem solved easily by finding a loophole or thinking creatively.