Bibi Versus Bashar, Who is Worse?

While the the US and Russia circle each other warily in Syria, each trying to protect their interests while not getting into a direct shooting war, the same criteria are not applied to accusations that Bashar al-Assad used banned chemical weapons on his people, and  Bibi Netanyahu's refusal to allow Palestinians to be transported to a hospital that can save their shot-up legs from being amputated.
The Middle East Monitor reports that the Israeli  government denied permission for several Palestinian youths to leave Gaza for the West Bank Palestinian ‘capital’ to save them from amputations. https://www.middleeastmonitor.com/20180411-palestinian-ministry-of-health-105-injured-people-at-the-march-of-return-are-in-a-critical-condition/: Doctors in the occupied Gaza Strip were forced to amputate the legs of two Palestinians shot in recent protests, after Israeli authorities denied them transfer to a hospital in the West Bank.
Israeli authorities explicitly referenced the two youths’ participation in recent mass protests as the reason why the request was rejected. According to a legal rights organization, Adalah, 20-year-old Yousef Karnaz and 17-year-old Mohammad Al-‘Ajouri were shot and wounded by Israeli snipers on 30 March during Great Return March protests.
"Gaza’s Shifa Hospital, which had no means to rescue the wounded men’s legs”, referred them to Al Istishari Hospital in Ramallah on 1 April, and a request to exit Gaza and transfer to Ramallah was submit-ted to the Israeli military on the same day.
"Only after an intervention on 4 April by Adalah and Gaza-based rights group Al-Mezan, did Israeli authorities respond, rejecting the requests. According to Adalah, “the state detailed a punitive policy designed to prevent wounded from leaving Gaza for medical care due to their alleged participation in a protest. While the state admitted that the medical condition of the two wounded men justified their exit from Gaza for urgent care,” he added, “it also declared that ‘authorized bodies’ decided to deny their evacuation to the Ramallah hospital.” 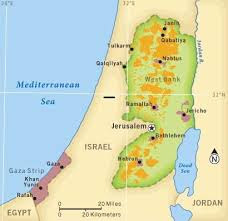 Al-Monitor reported that the Israeli Supreme Court is today considering the case, since one of the two youths may need another amputation if he does not receive treatment in Ramallah. But according to Adalah, “despite the urgent nature of the situation, the court allowed state attorneys three days to respond to the…petition” adding that “the willful act of denying urgent medical care in these circumstances, may constitute cruel, inhuman and degrading treatment and/or torture under the UN Convention Against Torture, ratified by Israel.”
Adalah’s attorney Sawsan Zaher said that “the amputation of the two young men’s legs could have been prevented if the state had complied with its obligations under international humanitarian law and human rights law. Israel's response indicates that its policy is to prevent those in danger from leaving Gaza for medical treat-ment, in order to punish them for participating in a non-violent protest.
Now, in a thousand word article, the New York Times details the Israeli attack on the demonstrators on the Israeli-Gaza border, but says nothing about youths being shot and denied exit permits to save their legs. While a cherry-picking media makes it impossible for voters to distinguish between Bibi and Bashar when it comes to human rights, this incident shows once again thatpart of the rationale for US policy in the Middle East is its unquestionable loyalty to Israel.
As for the news channels, alternating with praise for the just released book by former FBI director James Comey detailing his encounters with President Trump and the fact that he doesn’t know whether or not the president ‘consorted with prostitutes’ in Moscow, they note casually that the US could end up bombing Syrian locations where Russian troops are located in order to defeat Assad.

Posted by Deena Stryker at 9:08 AM