The Public's 'Right to Know'

The 1967 Freedom of Information Act, which allows individuals to require government agencies to release documents upon request, was enacted to combat government secrecy while protecting the individual right to privacy.  Since that time it has been a valuable tool as well as an excuse for journalistic excess. Currently, among other weightier matters, it is being invoked by the mainstream media to justify unending coverage of the legal fine points related to the payment of 130 thousand dollars to a sex worker who appears to have had an affair with Trump after his wife gave birth to their son, and of whether the payment would be considered as an illegal campaign contribution by Special Counsel Mueller.
As the war in Syria drags on, with Turkey bludgeoning Syrian Kurds to ward off Turkish Kurds; as President Putin, tired of seeing his Western border lined with NATO troops and tanks, lays out his latest weapons; as fascism takes many guises in many parts of the world, (Alt-Right guru Steve Bannon featuring as keynote speaker at France’s National Front, for example), the public’s ‘right to know’ is foremost about who is appearing in front of a Grand Jury (a  legal investigative body) to answer for Russia-related crimes; next is whether ‘Javanka’ (the Jared-Ivanka couple) will soon return to their New York lives, which generals will be next to leave the Trump administration, and finally, how the president will organize his meeting with the nuclear-armed ruler of North Korea — in that order.
To the extent that time allows, the public will be told that several Trump aides as well as the head of the private security company Blackwater, Erik Prince just ‘happened’ to be in the Seychelles Islands (one of the most off-beat places in the world  surrounded by the Indian Ocean), meeting with UAE officials at the same time as a Lebanese-American businessman was meeting with Kirill Dmitriev, the head of a Russian government-controlled wealth fund.
Prince testified to a congressional grand jury that the UAE officials suggested he get to know the Russian over a beer.  According to the Washington Post “We chatted on topics ranging from oil and commodity prices to how much his country wished for resumption of normal trade relations with the USA… I remember telling him that if Franklin Roosevelt could work with Joseph Stalin to defeat Nazi fascism, then certainly Donald Trump could work with Vladi­mir Putin to defeat Islamic fascism.”
Given the deep state’s determination to lead Russia into a knock-down drag-out war in order to get at its vast mineral wealth, Prince’s reasoning would naturally lead to an incoming administration seeking cooperation trying to set up a ‘back channel’ to the Russian government. In the eyes of the media, however, which knows which side its bread is buttered on, that channel is more likely to be about shady business deals. 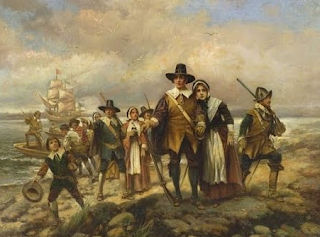 The inconvenient principle of the public’s right to know explains why American news analysts invariably throw cold water on any idea which, in a normal society would be played up as possibly leading to better international relations. President Trump’s spur-of-the-moment decision to accept Kim Jong Un’s invitation for a four-eyes summit is met with warnings that the president could be ‘played’ by his younger counterpart (North Koreans, like Russians and Iranians, never to be trusted).  Personal diplomacy must be shunned in favor of a carefully curated agenda hedged in with every precaution for failure, exactly the opposite of the approach increasingly favored by leaders of other nations, starting with Vladimir Putin, Xi Jinping, Angela Merkel and Emanuel Macron, to name but a few.


As I listen to the MSM’s enumeration of all the things that could go wrong, I realize that this is the Beltway’s standard operating procedure (SOP): Seen round the world as boisterous and demanding, the United States exhibits a different face to its citizens: ‘The world is full of dangers, we cannot trust anyone (hardly our allies), and we  should never expect things to turn out well. An overwhelming military and a quick trigger finger is our best bet when it comes to interacting with the world spread out below our ‘city on a hill’.
Posted by Deena Stryker at 10:47 AM