A NEW TYPE OF POLITY?

(This article was posted on NEO on March 4, 2018, and continues to be relevent.)
I’m wondering whether in the political science lexicon there is a word to describe a polity in which suspicion, investigations and an unusually elaborate system of laws play a determining role. There have been a number of terms to describe the American system and its military-industrial complex. But since the investigation of President Richard Nixon and the White House aides who organized a break-in of the Democratic Party Headquarters in Washington’s upscale Watergate building, it would appear that the legal tool-kit — as well as attitudes toward investigations, have evolved in a very worrying direction.
Since Donald Trump became president, another worrying trend is gathering steam, and that is the relationship between Trump family businesses — in particular those located in foreign countries — and individual members of the family working in the White House, that is, other than Donald Trump himself, his daughter Ivanka and her husband, Jared Kushner, also a real estate developer‘Clearances’ are issued by the FBI for all government employees who are expected to be exposed to ‘classified’ material, that is documents considered by the Federal Bureau of Investigation to require protection from ‘foreign’ eyes because of their security status. Clearances come in several levels, all of which require extensive investigation of an individual’s past. When I was investigated after being hired by President Carter’s Assistant Secretary for Educational and Cultural Affairs (in charge, among other things of the Fulbright Program that brings high-level political and cultural ‘opinion-makers’ from all over the world to discover the superiority of America), I sat in a room without windows for eight hours while one agent asked me questions and the other observed my visible reactions.  At that time, in the late seventies, the fact that I had lived for years both in Western and Eastern European countries, caused the FBI a great deal of angst — so much so that, although they found no evidence of my having participated in ‘dangerous’ organizations — they really didn’t want to deliver me a clearance, even though my work would probably never entail me being exposed to classified documents. (The matter was eventually resolved in my favor because the head of security at the State Department had failed to solicit the head of personnel’s authorization to subject me to a lie detector test, which I passed.)
As the Mueller investigation continues to make daily headlines, I cannot help but notice how much more convoluted security investigations have become since the seventies.  Now the FBI not only wants to know where a person has lived and worked, but who they may have interacted with, and whether he/she could be subject to blackmail by anyone they have encountered. This is because the US has a ton of mainly military secrets that it wants to keep even its allies from discovering.
Now, with the Trump White House, a new factor comes into play, and that is, the extent to which foreign business dealings would constitute a ‘conflict of interest’ for someone who inevitably has access to secret information, including military information. Although the United States raised itself up on the conviction that ‘What’s good for Ford Motors is good for America’, there has never been a President whose past has been solely devoted to multi-million dollars ‘deals’. (The recommended path to a political career has traditionally been the law…) The fact that Donald Trump put his two sons, Don Jr and Eric, in charge of the family’s vast empire, hardly changes the fact that it could benefit from dinner-table talk with the president.
Not to mention the money the Trump Empire makes when foreign dignitaries stay at Trump hotels, in particular the one in Washington…. 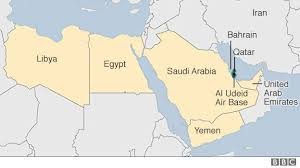 The President’s son-in-law, Jared Kushner, also heads a high stakes family real estate business, and it has recently come to light that while he was working on his father-in-law’s campaign, he was desperately seeking cash to bail him out of a bad building investment: Immediately what runs through any FBI — or journalist —mind is: what state secrets might Kushner consciously or not have disclosed to, for example, Qatari bankers?  The smoking gun is alleged to be the fact that Trump abruptly joined the Saudi-led chorus of condemnation against that tiny country for its ties to Iran.  (Although this was originally seen as simply consistent with Trump’s efforts to ditch the 5+1 deal with Iran regarding its nuclear program..)
Although son-in-law Kushner had been charged by the President with finding a solution to the Israeli-Palestinian problem — no less! — he cannot hope to do that job while being denied access to classified documents (all political documents receive a classification, ranging from ‘classified’, to ‘secret’ , ‘top secret’ and beyond.)  The FBI’s decision that it could not, in good conscience, deliver him even the lowest security clearance, implies that the United States government is far from having a free hand to pursue US foreign policy: it must abide by the decisions of professional investigators, who have no expertise in that area.
And yet, what the media continues to worry about, like a dog chewing a bone, is whether Vladimir Putin ordered the hacking of the Democratic Party’s servers in order to prevent Hillary’s election! Because if he did, that would have been an attack on our ‘democracy’! (Rarely, an unusually brave journalist will delicately refer to America’s policy of ‘regime change’ abroad, but only, as one high level official put it recently, ‘for very good reasons.’) The inference is that the Russian president tampered with the most valuable thing the US has: it’s ‘democracy’; never mind whether or not it delivers a decent standard of living to all and keeps its people safe.


The US’s  latest decision to send two destroyers into the Black Sea (the equivalent of Russian destroyers patrolling the Mississippi Sound), was intended to "desensitize Russia" to the presence of US military forces there, yet it can’t stop complaining about bots. (Maybe if it hadn’t habituated the average Joe to fake news, it wouldn’t assume that he swallowed a Russian version thereof…..)
Posted by Deena Stryker at 9:15 AM