The ‘Democracy’ that Russia ‘Interfered’ With 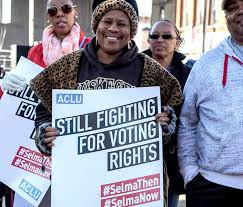 The ball on Times Square had not yet dropped when the pundits began talking about ‘probabilities’ rather than programs for 2018. As one news anchor said: “One President has barely been elected that we start thinking of who will run next.” It’s the counterpart to the coming Russian presidential election, in which the incumbent’s only ‘credible’ rival is a man with multiple convictions for fraud who proposed to run on an anti-corruption platform.
Last-day-of-the-year programs gave short shrift to domestic policies (for example, ‘infrastructure’ or ‘health care’) -and totally ignored America’s plans for the world in 2018.  When I heard that President Putin had sent new years greetings to President Trump, I went to the Russian President’s website  http://en.kremlin.ru/events/president/news, where I saw a short year-end address to the Russian people, encouraging them to be loving toward their dear ones and supportive of their country, and a long list of world leaders to whom Vladimir Putin sent personal greetings.  Clicking at random, I saw that they all expressed satisfaction with the relationship and hope for even more fruitful cooperation in the coming year toward peace and prosperity. Transmitting not the slightest hint of overlordship, they reflected the Russian President’s vision of independent, sovereign nations cooperating to make the world a better place.
President Trump met that gesture with ‘New Year Greetings to all, including my enemies!’
I’ve often written about the lack of ideological literacy in the United States, and it occurs to me that the narrow focus on who is running, who is up and who is down on any given day is designed to fill that void.  Voters in thrall to a 24/7 show are less likely to think about the need for economic as well as political freedom. While Bernie Sanders can at last pen a book called ‘Our Revolution’ without being black-balled, it turns out to be all about his presidential campaign, supplemented with a list of demands, such as health care for all and a higher minimum wage. The closest Bernie gets to political theory is the chapter titled “Defeating Oligarchy”: democracy’s ‘one man, one vote’ is supposed to accomplish that: (“Throw the bums out!”)
Another uniquely American meme is that the Republicans are on the right of the political spectrum, with Democrats their opposite: in reality, while the Republican tent stretches all the way to the far right, the Dems barely cover left of center. The absence of any left political party ensured there was nothing to counter-balance the Republican Party when it was literally high-jacked by the far-right. What in 2010 had been a seemingly harmless Tea Party, had by 2016 morphed into the Alt-Right, while the media built up a clownish figure who theoretically had no chance of entering the White House.  Pointing out that Trump had stolen many would-have-been Sanders voters had the Democratic Party not conspired to deprive him of the nomination hardly ranks as an ideological discussion: would-be socialist voters somehow believed a billionaire was more likely to share with them than ‘yet another Dem’.
Marx has only recently been granted admission into high-end ‘progressive’ publications, his fleeting presence there failing to introduce the American ‘masses’ to notions such as superstructure, relations of production and surplus value that underpin Marx’s view of history and his recommendations for change. Even as his 150 year-old prescriptions adapted to a changing world, they continued to influence progressive thinkers. Meanwhile, American voters have only the hollow choice between ‘fiscally conservative’ Republicans (a euphemism for ‘what’s mine is mine and what’s yours is mine too’) and ‘progressive’ Democrats, whose wealthy backers forbid them to do anything but talk about ‘entitlements’.


In 2018, this opaque word is still likely to be the closest thing to ideology that Americans have, leaving ‘democracy’ as the be-all and end-all of their political life.
Posted by Deena Stryker at 6:09 AM