Do you Know What North Korea's Gripe Is?

From reading or watching the US media, one would never know how serious the reason for North Korea's saber-rattling is: It's that the country has never been recognized by the US-headed 'international community' since the end of the Korean War, in 1953!

It's enough to imagine an adolescent ostracized in the school yard to get the idea of where North Korea is coming.  The fact that it is currently ruled by the son of the first post-war president -- once the country was no longer occupied either by Japan, or divided between US and Russian forces -- is a feeble excuse for ostracism.  Lots of countries with which the US has high-level business and political relations have been ruled by the same family since the end of the World War II upheaval -- as for Saudi Arabia, it's the same family since the nation was founded in 1932 by Ibn Saud!

If it's not family reign, then what is it that has brought the world to the bring of nuclear war?
Believe it or not, it's still 'socialism'!  Under the young Kim Jong Un, third in line of Korean post-war rulers, North Korea would appear to be the only remaining Stalinist country in the world.  Following World War II, the international community tried to help the country reunite after the North had been occupied by the Soviet Union, while the South was occupied by the US.

What prevented that was the fact that on October 1, 1949, Mao tse Tung's Long March achieved power and declared the People's Republic of China.  Nineteen-fifty was the height of the McCarthy period, and the witch-hunt for 'who lost China'.Everything the US has been involved in since then has had as its primary focus the 'containment' of a world-wide move toward some form of socialism.

Although Iran is ruled by Shia Islam clerics, and North Korea is officially atheist, both are putting into practice some form of socialism, that is, the leaders of both countries believe that government must strive to organize things so that no citizen is 'left behind', and that such a result requires more tha simply 'equality of opportunity'.  The current Saudi aggression against part of its small Shia population is as much about reventing the spread of the idea that God has attributes, foremost of which is 'justice', which was the original rational for Shiism.

As for North Korea, although both Russia and China voted the UN sanctions against it, they cannot impose a formal end to the Korean War without cooperation from the US, which instead calls for fire and brimstone.  However, the countries grouped around these two giants (includiing Cuba and Venezuela) support both North Korea and Iran - known in the neo-liberal world as 'the axis of evil'. 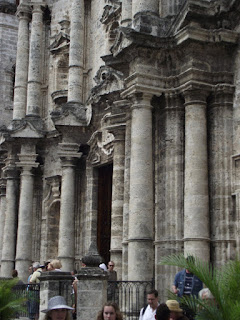