The United States has had a long history of being ridiculed in Europe -- and perhaps in other parts of the world -- for its childish attitudes toward sex, especially in relationship to politics.  In nineteenth century Europe, an entire theatrical genre (theatre de boulevard) was built around veiled wives sneaking into their lovers' apartments and husbands hiding parlor maids in the bedroom closet.  America, at the time, was known for its Puritan ethic.

I was still living in France during the Bill Clinton/Monica Lewinsky saga and never heard anyone agree that law-makers should have something to say about it.  That was in the mid-nineties, almost twenty years ago. Hillary Clinton lost the last presidential election, but affirmed yesterday to a major television channel that she was glad she stuck with her man -- from who she'd 'learned so much' (although not how to win an election).  However good Hillary is at indignation, in her personal drama she bowed to the reality of marital philandering.

The earth-shattering, life-threatening events the world is currently witnessing shouldn't leave the slightest crack in the news for testiminies of women who have taken the supine position (or whichever) on Harvey Weinstein's bed -- or casting couch.  The only difference between him and the rest of the male population, after all, is that he plays with bigger non-biological toys.

As the hysteria over Harvey Weinstein threatens to surpass Russiaphobia (sex probably being the only thing that could achieve that),  I can't decide whether the country is congenitally blind or whether the uproar  -- like the figurative lynching of black comedian Bill Cosby  -- is a case of Puritan reflux disease.  The heavyweights in the womens' liberation movement, which, to its credit, has inspired women across the globe to assert that they are different but equal, seem to think that although equality does not extend to biology itself, it does to the way it works.  Rape -- as well as semi-consensual sex -- will probably be the last thing to definitively separate us from apes -- and that may not happen until we become 'trasnshumans', wired with implants that make us half-human half machine.

While rape is a  crime,  the line  between consensual and non-consensual sex is often blurred, I  wonder why women today appear to have allowed the line that separates the 'no' that means 'yes'  from refusal to become blurred.  Shouldn't sexual liberation have eliminated that ambiguity?  It's really difficult to believe that so many women who have successfully climbed the corporate or entertainment ladder never had to contend with the advances of an older, influential man.   Whether they 'went along to get along' or successfully fended them off, they have remained silent until Bob Weinstein gave them a chance for displaced revenge.  As for the NewYork Times' Michelle Goldberg, who accuses Weinstein of only 'pretending' to back women's rights,  I'm not alone in considering that good sex is one of those rights.  The 'crime' of Weinstein and his ilk is that they are llikely to be failed purveyors of such. 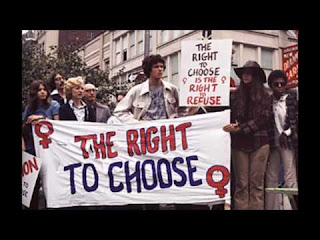