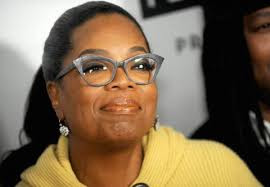 Last Sunday 60 Minutes whether deliberately or not, offered Americans a purple presidential ticket, when it interviewed Rex Tillerson. and featured Oprah Winfrey managing thirteen people with diverse political opinions around a table. 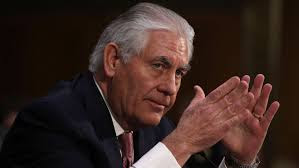 Aside from looking presidential, Rex Tillerson exhibits a deeply rooted authority that comes assorted with a worldview never before seen in an American leader.  Affirming that he is still a boy scout (he actually led that organization for a time) and that, while ‘riding for the brand’, ‘his word is his bond’, one can see why he was able to form a relationship with Vladimir Putin, who also backs traditional memes, and from which each side benefited.  Nor is Tillerson likely to fear Putin and Xi’s vision of a ‘multi-polar’ world, which after all, literally embodies the scout’s code of benevolence toward others, favoring cooperation over conflict.
As for Oprah, it hardly seems necessary to dot the i’s and cross the t’s: she would bring warmth to Tillerson’s gravitas, and her lively mind will never confuse Korea with Crimea.  In recent years, groups of congresspeople have tried to work together across the aisle, but the inclination to cooperate has at best tantalized the rest of the country.
Although presidents usually pick at least one cabinet member from the other side, there has never been a purple ticket.
Think about that: presidents rely on their veep for many things, implying that they must belong to the same party. (Think of the arm-twisting the veep is charged with on Capitol Hill on behalf of the President’s agenda.  How could he be from the other side? )
Now think again about the possibilities a Tillerson/Winfrey ticket would open up: when Rex is being too nice to big business, Oprah would come in and remind him of the needs of the people she represents.  The fact that the supporters of each would be constantly watching them would create a unique situation.  In fact, that situation would be somewhat similar to those those which exist in parliamentary systems in which the largest parliamentary party governs in coalition with others.
The likelihood of a radical change in American politics is remote, however it is conceivable that following the radical Trump presidency, nothing will seem too risky to consider.
Posted by Deena Stryker at 3:08 PM