Only in America II.

Only in America will you see a president hail civil rights in the morning, and make an obviously more heartfelt appeal to vote for a known racist and child molester in the afternoon.
This poses no problem for Donald Trump, a consummate showman with years of television success under his belt. The speech he read to mark the inauguration of the Civil Rights Museum in Jackson, Mississippi was clearly written by someone else, and Trump’s monotone delivery betrayed his alienation from the words he delivered.
Then, like a magician changing costume between numbers, in the afternoon the American president popped up like crabgrass in Pensacola, Florida, just across the Alabama border, to urge voters in that state to send to the Senate. Judge Roy Moore, a child molester with a record of anti-Black rulings who believes that Muslims should not serve in Congress. 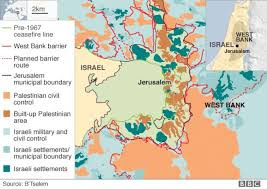 Only in America do newscasters working for privately-owned media so faithfully deliver the government’s message as to be mistaken official spokespersons. The problem comes when they have to deliver two contradictory messages in the same breath. Luckily, they can always fall back on the first snowstorm of the season or the California wildfires to avoid reporting that the president’s recognition of Jerusalem as the capital of Israel, with no corresponding announcement for the Palestinians, has put the fear of God in our allies.
Posted by Deena Stryker at 2:50 PM